ATTENTION: In the first quarter of 2023, Indian Territory SASS will discontinue the website indinaterritorysass.com (and ITSASS.net). This Facebook page and direct emails will become the primary means of communication about and for the club. ... See MoreSee Less
View on Facebook
· Share

Being that it’s currently 12° outside, I’ve spent a good portion of my day watching NCAA basketball. Doing so brought to mind this week’s Rule of the Week as it’s basketball’s traveling rule which defines shooting on the move in SASS.

As we all know, shooting on the move is forbidden in SASS and should it occur, is punished by a Stage Disqualification penalty. Beyond actual shooting, movement while a live round is under the hammer of any firearm is also forbidden, carrying the same penalty. But what exactly denotes movement you ask? Basketball’s traveling rule (with a caveat).

Page 11 of the Shooter’s Handbook states

Movement is defined by the basketball “traveling” rule. Whenever a shooter has a loaded round under the hammer of a firearm in hand, at least one foot must remain in place on the ground.

Simple enough. Now I’ll be the nitpicker here and point out this is only a portion of the basketball traveling rule, applying only to a player whose position is already set on the court. But I digress.

The real caveat to how basketball’s traveling rule is applied is contained in that same section of the handbook:

Note: Shuffling the feet to maintain balance or adjust the shooting stance is allowed as long as the shooter does not actually change location.

So if you’ve come to a stop in order to shoot, but perhaps your feet have landed on an uneven portion of the terrain, or slipped on loose gravel and became too far apart to be a comfortable shooting stance, you’re allowed to “shuffle” both feet into a safe and comfortable position while firing, provided you don’t fundamentally change the location from which you’re shooting. 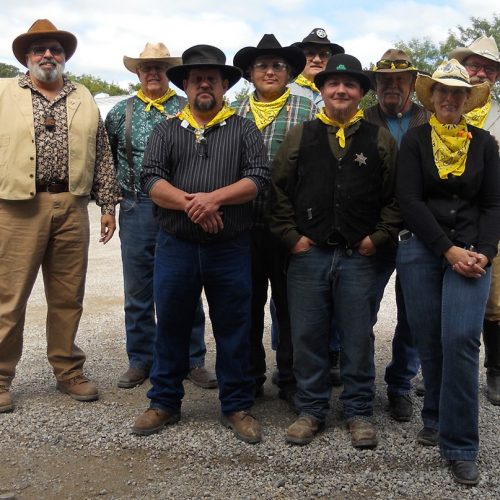